Having been to Norway and Denmark, (Oslo and Copenhagen respectively) and searching for the real traditional Scandinavian meal.

In my opinion, I have found that Scandinavian cuisine’s reputation is Pescetarian heavy yet still quite fulfilling to the stomach and the taste buds; it’s designed to keep you full and satisfied for those long winters.

Today I will talk about a few dishes I tried native to Norway and Denmark.

We will start our culinary journey in Norway with homemade fish and shellfish soup or Hjemmelagde Fisk og Skalldyrsuppe.
Being a seafaring people Norwegian food is very fish-centric.

This soup in particular was very creamy with plenty of freshly-caught shellfish such as shrimp, crab as well as cod.
The cod pieces in particular, were perfectly cooked and melted in your mouth, top that off with a freshly made creamy soup-base and it makes a soup worth remembering.

I can see why this would be a favourite among Norsemen. 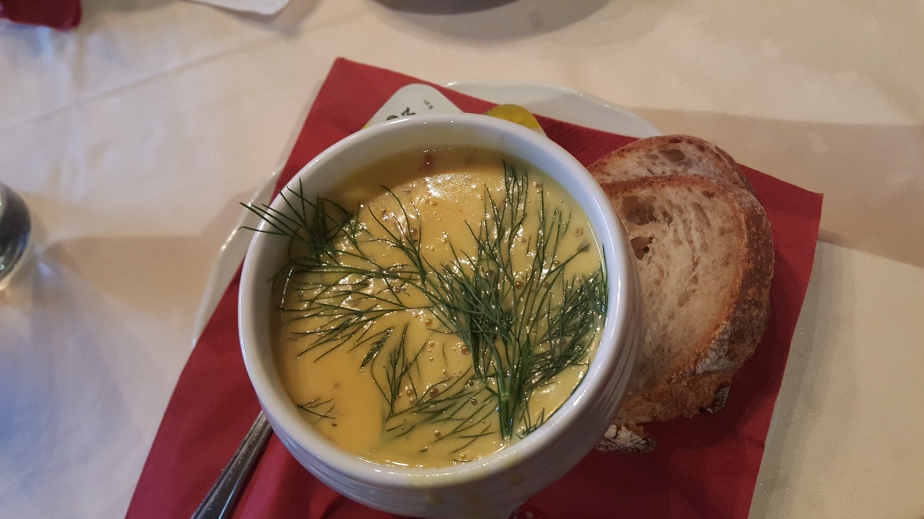 By far the most unique dish I tried in Norway was Reindeer patties or Reindyrskaker, served with a special gravy, potatoes, as well as lingonberries.
Seeing this on the menu, we knew we had to try it as we simply do not get reindeer meat in the US or the UK.

On the first bite, the patties were very gamey tasting, and did not fall apart like a normal cow patty; it stayed intact, but was very well cooked and combined with the gravy and lingonberries, had a uniquely hearty flavour to it.

Lingonberries on their own are very tart with a subtle sweetness that catches you at the end, but combined with the gamey flavour of the reindeer patty and the gravy it all made sense with each other and worked very well.

My personal favourite; the dish I’ve been sought after ever since I learned it was Norway’s national dish. It goes by the name of Fårikål (f-OAWrr-ee-kOAW-LL).
It is basically just lamb and cabbage stew with potatoes.

It is slow cooked and seasoned with peppercorns and the natural juices of the cabbage. The lamb falls off the bone and just combined with peppercorn seasoned cabbage and some potatoes makes this an extremely hearty meal full of satisfying sensations.

Being such a cold and windy country I can totally see why this is the national dish of Norway. 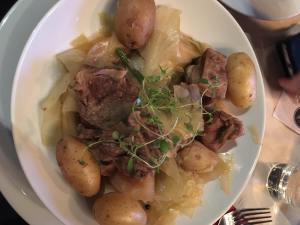 Just 300 miles south, in Copenhagen Denmark, we’re looking at a different kind of national dish, one that is quintessentially Danish. You haven’t been to Denmark if you haven’t tried these, I am talking of course about smørrebrød (sm-UHH-reh-br-UHH-d).

Smørrebrød is simply just an open-faced sandwich with rye bread as the base/foundation, and toppings which are well… literally anything you want and I mean ANYTHING.

You really can indulge and get creative with an array of interesting toppings and flavours.

You can really appreciate the detail put into the edible pieces of art.

Whatever toppings you want, there’s a smørrebrød of it. My personal favourite combination is frikadeller (Danish pork meatballs cooked in butter) with bacon & fried onions, as well as pickled herring. 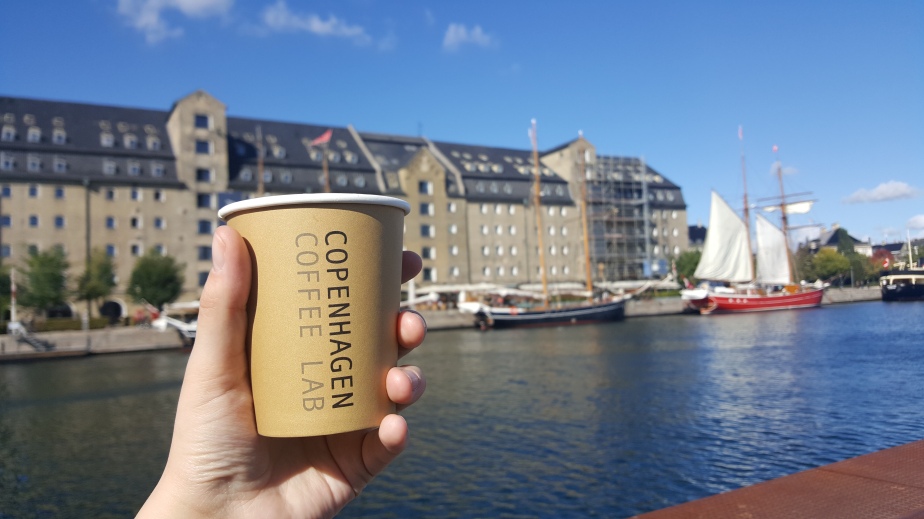 I believe my favourite meal in Scandinavia, had to be Denmark’s national dish, Flæskesteg med brunede kartofler og rødkål (Pork roast with brown potatoes and red kale).
My Danish friends have made of for us in the traditional style, with gravy and caramelized potatoes (hence the brown potatoes).

It’s traditionally served at Christmas/Yule but it can be eaten at anytime (kind of like an American thanksgiving dinner, except pork is in season all year round).
This was probably the most hearty meal in I’ve had Scandinavia, everything combined, the pork, the gravy, the caramelized potatoes, and the red kale all was a dynamic and perfect synthesis of flavour.

The caramelized potatoes and the red kale add sweetness to the savoury dish but it’s not overpowering. It all ties together with a pint of traditional Danish ale from Amager Bryghus.
It’s perfect for the rather unpredictable weather of Denmark.

I especially loved pølse (p-UHH-Lseh) or sausage/hot dog topped with crispy onions. It especially went well with some Tuborg beer.

Not traditionally a Scandinavian dish but definitely worth a mention. I’ve noticed pancakes (which in fact look more like crepes) topped with fruit, honey and Nutella seems to be a recurring theme in Mainland Europe.

Definitely worth a try nevertheless.

Overall the food I’ve had in Norway and Denmark were dishes to remember and it’s a lot more dynamic than what is perceived.
I encourage all readers to try all these dishes listed above and keep in mind there are many other yummy discoveries to try as well.

I hope you enjoyed this post…. I made myself hungry writing it.

If you would like to read more about my Scandinavian adventures, feel free to check out my more detailed post on
Norway, Oslo – Adventures and Mysticism

This site uses Akismet to reduce spam. Learn how your comment data is processed.